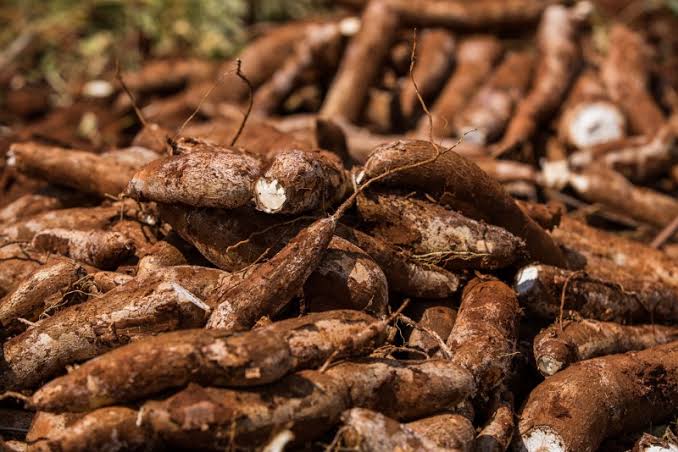 In spite of being the world’s largest cassava grower, Nigeria still spends about $600m (about N183bn) annually to import cassava derivatives; foreign exchange that would otherwise have been used to build public infrastructure.   The Central Bank of Nigeria (CBN) Governor, Godwin Emefiele, stated this in Abuja on Thursday during the memorandum of understanding (MoU) signing ceremony with key stakeholders in the cassava value chain. 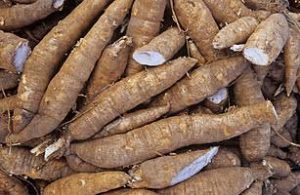 There was also an MoU between Nigeria Cassava Growers Association and large-scale Cassava Processors to guarantee steady off-take and processing of cassava in Nigeria going forward. He said the MoU with the relevant stakeholders is a move to maximize local benefits of all the derivatives in cassava and save scarce foreign exchange.

Key political figures at the ceremony include the Ekiti state Governor, Dr Kayode Fayemi (who is also the Chairman, Nigerian Governors Forum); Ondo state Governor, Rotimi Akeredolu; Oyo state Deputy Governor, Engr Rauf Olaniyan, and Ogun state Deputy Governor, Mrs Noimat Salako-Oyedele. According to Emefiele, aside from “the foreign exchange conservation, increasing cassava production is a necessity as starch, glucose, sorbitol and other products currently being imported proffers no future for the nation in the long-term, in view of the fact that Nigeria imports cassava derivatives valued at over $600m annually.”

“It was on this premise that we included cassava in the Foreign exchange exclusion list to salvage the industry, encourage farmers to go back to their farms to boost jobs creation and increase output and improve the capacity utilization of our processing companies” he explained. He noted that “although huge investments were made into the industry during the cassava bread initiative, the industry continues to suffer as a result of low yield varieties, poor farm practices, lack of good quality farm inputs, non-utilization of available cultivable lands, manual system of production, inadequate funding for small holder out grower schemes and low processing capacity.” Governor Fayemi pledged the governors support for the initiative even though he decried the sustained attacks of farmers by herdsmen saying it is a major concern.

This is an indication that the green money can never be neglected. Nigeria as a nation has been rated first in cassava production with average of 59,485,947tons per annum which is approximately 20.37% of the total world production. The soil type in Nigeria is highly fertile and suitable for all year production of the crop. This leads on to answer the questions narrated below;

Can we pick a niche?

can we make it better?

can we grow the green economy?

Oil is going, what is the next alternative for sustainable economy.

Kindly, subscribe to sponsor a farm, grow your food and farm your way to prosperity.